...And Nothing Else Matters... 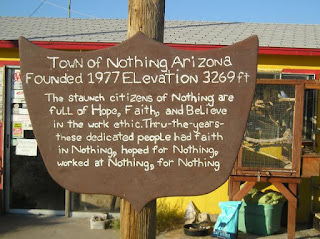 So, I ran out of ideas for today's post. Between a wicked headache and pure exhaustion, I decided to give y'all another peek at Devil's Playground, the book that will be coming out after Tribulation. I can't help but think of the Metallica song Nothing Else Matters when I work on this book, due to the name of the city. Check out what's going on in Nothing, Arizona:


Hope you enjoyed it, because I've been having fun writing it! If you have something you want me to share, hit me up!!