Q is for Quinn...the Betrayer of Sanctuary

Every good book has to have it's bad guys. And for the first book in the Daughters of Night series, Quinn was...not. Not at first, anyway.

Born Quinn Sartori to parents Flavio Sartori, a native to Verona, Italy, and Awiti Magoro, an immigrant slave Flavio's parents had purchased. Their love was a secret one, and when Awiti gave birth to a light-skinned baby boy, she was instantly put to death. Quinn was to be killed as well, but the woman in charge of doing so was paid off by Flavio to raise him as her own. Flavio soon died from sickness, and funds for raising Quinn were soon depleted, leaving the woman no choice but to turn Quinn over to the orphanage, where he was stripped of his last name and known simply as Quinn of Verona.

Quinn was an outcast, being of mixed races, and had to learn to be tough, defending himself in a variety of situations. No parents came to adopt him, so on his eighteenth birthday, Quinn was turned out onto the streets, with no education, no family, no friends, and no allies. He became a thief, and spent a great deal of his early adulthood imprisoned. 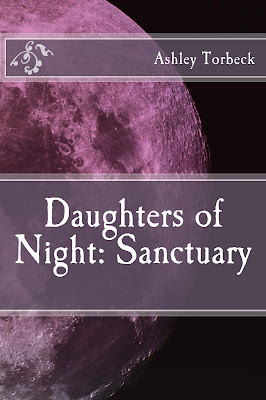 At the age of 28, he was caught stealing from the Church at night. The guards caught him, and instead of turning him over to the authorities again, they chose to take matters into his own hands. They beat him to death and left him to rot in an abandoned building outside town. Little did they know, Quinn was still alive, and crawled his way out of the building. Just before morning, a vampire found him.

Taking pity on the dying man, he decided to give him a new life and teach him how to live. It hadn't been so long that the vampire was in the same situation as the Quinn, however he had not had a mentor to train him.

The vampire that changed Quinn's life was Gaviyn Hartford.

Gaviyn taught Quinn how to survive, how to hunt, and how to live among humans. But when Gaviyn traced down the next incarnation of his Caroline to America, Quinn decided to stay in Verona to protect his city. Gaviyn and Quinn parted ways, and for decades Quinn stayed in Verona, learning as much as he possibly could about a number of subjects. One of those subjects that particularly intrigued him, though, was the rising popularity of the voodoo practices in America. The idea of dark magic and voodoo called to him, and he followed his calling to Louisiana.

Eventually, he recruited several witches to form a coven, and brought several vampires in as well. Many years later, he had created a coven of vampires and witches coexisting together, and offering a safe haven for supernaturals who had nowhere else to go. He called this coven Sanctuary.

Prior to Gaviyn and Carmen coming to Sanctuary, Quinn was contacted by The Eradicators' leader, Enoch, and given a dagger with instructions on how to use it. Enoch warned Quinn of events to come, and that if he wanted the grace of the Goddess Hecate, as well as power beyond his wildest dreams, he would do the unspeakable when the time came. Quinn, hungry for power and willing to kill anyone to get what he wanted, eagerly agreed.

To find out the details of the evil deed and the outcome of his decision, check out Daughters of Night: Sanctuary. You can pick it up from Amazon or Barnes & Noble, both in eBook format or paperback.

That's about all for Quinn! Hope to see you again for R Day!!
Posted by Ash Torbeck at 5:33 PM