Today's challenge is to write a Top Ten Favorite Things list, which can be a list of your favorite anythings. Could be your favorite books (would make sense on this blog), favorite movies (we all love movies), favorite childhood toys or memories (we were all children at one point and have nostalgia when we see certain things), but no. None of that is for me. That's too easy, and easy is not in my vocabulary. Er, well, it is, but I don't like to use it. Actually, I like easy, just...oh, forget it! Here's the list of My 10 Favorite "Marley Moments!"

10. He wakes up in the middle of the night for playtime. Oh, yes, there are nights when I have to get up with him four or five times, just to calm him down (or beat the crap out of him, depending on the number of times I have to get up and how asleep I am). I actually resorted to Benadryl last night, which worked wonderfully! I feel only a little guilty about having to drug my dog just to get some sleep.

9. He ate my candy. Now, I know chocolate can be lethal to a dog, but you'll find out here in a bit why I wasn't overly concerned with the fact that he ate two of my candy bars. Really, I should be worried. But this is not a normal dog, by any standards. It didn't phase him a bit.

8. He went fishing in the bathroom garbage can. Okay, I'm a girl, and there are certain functions of a girl that really sucks ass. But I have to go through them. And one day, I came home to find the bathroom garbage had been upturned and all the garbage was SHREDDED throughout the house. This was well over a month ago, and I'm still finding chunks of chewed plastic popping up around the house...UGH! Not a good day.

7. He digs up new toys. And I mean literally digs holes in the ground, and finds new things to play with. Once he found a Kong dog toy (he has since lost it), a very old Budwiser beer can, a very old Budwiser beer bottle, a long metal pole (I'm a little concerned about that one), a Hershey wrapper that may or may not have held a chocolatey treat for him, and quite possibly a dead bird, which he rolled around in and got himself smelling horrific. This dog is strange. And he loves to dig. Which makes the hubby have a real chore when it comes to mowing the backyard...

6. Separation Anxiety. There are literally no words to describe the feeling of coming home after a busy day and it's late and all you wanna do is eat dinner and go to bed, and you find that your dog has tore up everything in your house. Including a ginormous bag of soil that you've had sitting in the same spot for weeks just waiting to be used. I'm telling you, we had clumps of dirt EVERYWHERE. The hubby and I could only stand there and stare at it, wide eyed and jaws on the floor, while Axel sat there in front of the mess just smiling and wagging his tail.

5. He inherited my sense of balance and graceful motions. Okay, this dog is clumsy. I mean, really clumsy. He has the tendency to run full speed ahead and slip, faceplanting into the hardwood floor. He tries to jump up on the couch or bed, misses, and faceplants into the side of the furniture. But the greatest thing in the world is when he tries to "sit up" and beg for attention, then just keeps going over and falls backward into the table, then jumps up acting like nothing happened until he realizes he's hurt and limps over to us for affection. He wasn't really hurt, just bruised his noggin and his ego. It was just like the time he tried to jump off the couch, slipped, and fall face first into his own crate...

4. He ate lattice and siding from my house and fence. Oh yes, he tore it down and chewed it up. Little bastard. What kind of dog not only tears down siding and lattice work, but chews it up and eats it? My dog. Imagine my surprise when I walked outside and saw him laying there just eating at the siding and lattice. I merely turned and walked away, shaking my head. (That's not my house in the picture, btw, though I wouldn't mind it!)

3. He drank weed killer. Only a couple of weeks after we'd gotten him, he decided to go dig up some weed killer that I dunno how he got ahold of. Then he proceeded to tear the bottle up and drink it. Not a little, either, mind you. I. Freaked. Out. Called the hubby crying, then called the vet, they told me to force him to throw up with peroxide (by the way, that's one of the only things he does NOT like, so far!), and monitor him for 24 hours, feeding him only a cup of rice for dinner. (Oh, that's the other thing he doesn't care for-plain, bland white rice.) Had me in fits with nervousness, but it didn't phase him. Just kept on being a goof and was perfectly fine.

2. Houdini. That's the only word that comes to mind this time. We crated him while we left, not wanting to come home to a disaster area that could easily be declared a state of emergency. When we got home, he was standing at the door to greet us, and the crate was still locked firmly. To this day, we have no flippin' clue how he got out or what happened while we were gone, but that dog managed to escape from a locked cage without damaging it, unlocking the door, or otherwise taking it apart in any way. There is no explanation for it.

1. He ate two entire plastic tables. Well, no, not the entire things, he left us the wheels. I kid you not, this dog devoured two plastic tables that we kept on our deck. Not gnawed on them, literally consumed them and pooped them back out. I've come to the conclusion there is nothing this dog will not eat. Other things he's eaten (or partially eaten) include: 2 plastic spatulas from the kitchen, my lunch on multiple occasions, raw chicken and hamburger, dipping sauces and their cups, pregnancy tests, a bottle of lotion, a tube of Carmex, a bra, half a 2-Liter bottle of ginger ale, beads, a plastic Kroger bag, cardboard, styrofoam, a toy truck, an adult novelty gag gift, bras, underwear, tank tops, an (unused) ethernet cord, paper plates, corndog sticks, one of the brushes we use on the animals, plastic bowls, half a bag of cat food, kitty litter (used and unused), his own hair after we brush him, and the lid to a leather and wood box. This dog is evil and indestructable. But gosh I love him!

So, there ya have it. My top ten list of "Marley Moments" performed by Axel.

Oh, and I should mention, the pics are not of my dog, my house, or anything personal, they are all google images! :)

This is my dog! 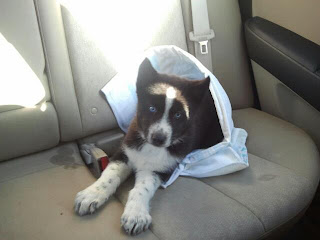 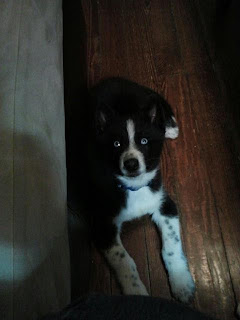 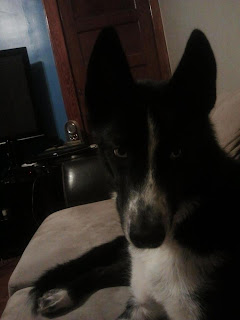 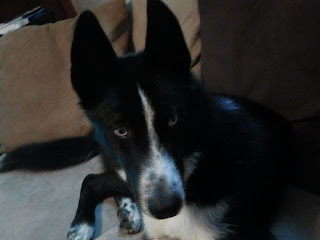