So much has happened in 2012, I was almost afraid to look back and find the top 12 moments of 2012. I wasn't sure if I'd go with a personal list, or perhaps a list of pop culture. I decided that I don't know enough about pop culture, so I'll do my favorites. Some of em are personal, and you may or may not get them. But they are all pretty cool. Check it out!!

January - Quit smoking. Yes, I finally did it. I haven't had one since January 28th. Best decision EVER. I can smell again (both a blessing and a curse, especially if my husband eats chili or eggs), I have a much better lung capacity (which is great for when I'm playing the role of rock star in my shower), and I don't stink anymore. Hell yeah! Go me!

February - Breaking Dawn Part I released on DVD, with special case and free poster. AH! I love this franchise! I went and bought this movie wehn it came out. I'm not ashamed that I'm a 29 year old woman screaming like a teenager again over fictional characters that aren't even legal in the stories. I have an obsession. Some people like their Fifty Shades of Gray (I won't even touch on that right now, but let's just say I'm less than fond of the books).

March - Gatlinburg, TN, mini getaway. My hubby and I took a weekend and disappeared in Gatlinburg, TN, for a few days. It was the first time I'd ever been there, and I absolutely love it! It's a long drive, but there's just so much to do!! I think we've found a new getaway place. SO much fun.

April - Thunder over Louisville. Now, anyone outside of Louisville, KY, won't understand or appreciate this, but during the day there is a badass air show over the Ohio River, courtesy of the USAF. Once the sun goes down, though, that's when the fun begins. Downtown Louisville is packed on the waterfront, and then we witness the largest fireworks show in the US!! It's the kickoff ceremony for the Kentucky derby, and begins the insanity season around here. It's awesome, and you can really get swept up in the hype if you live close enough to the city. Visitors seem to enjoy it. I recommend anyone who's never been to Kentucky or to the Derby or any of the festivities to come visit us on the 3rd Saturday in April, and stay through the first Saturday in May. It's worth it. :D

May - Kentucky Derby 2012. The greatest 2 minutes in sports EVER. And every year I throw a Derby Party. It's a ton of fun, and 2013 is gonna be even bigger! But being the Kentucky girl through and through, I really dig the Derby. I don't watch horse racing any other time of year, but Derby-and all the festivities surrounding Derby-is so worth the two minutes of racing. Love it.

June - Bought a new car. Well, new to me, only 2 years old, and sexy. Very me. Wish I could drive it...lol! I managed to break my car, so we bought my new one, then the hubby broke his. Man, I could NOT win...but I still love my car, so lovingly named Duckie by my BFF. (it looks nothing like the car on the right...)

July - Olympic Opening Ceremony. Yep, I watched. Nope, I wasn't impressed. Nothing will beat China's opening ceremony. But it was still the beginning of the Olympics, and the hubby and I watched most of it.

August - I made my dream a reality. I became a published author. Not everyone will agree that this was the single best thing that happened in August, but it was the best thing that happened to me. This is my list. Don't like it? Make your own. Haha, I kid. But seriously, this was such a huge accomplishment for me, and the first time in my life I really felt proud of myself. I still haven't come down from the high of becoming published. 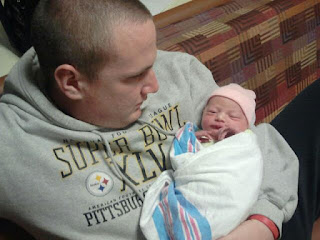 September - Karlee Elizabeth Shuler was born. My precious and spoiled rotten niece was born 9/19/2012, and she is growing like a weed! I love her so much, though, she's absolutely beautiful!! And while I wish I got to spend more time with her, my brother, and his new fiance, as well as the rest of my brothers and sisters, I will be doing everything in my power to spoil Karlee even more!!

October - Haunted Houses galore! Oh, I had so much FUN this past Halloween season. It is, of course, my favorite holiday, but partially because I get to celebrate for a full month by going to haunted attractions. AND I started up a review blog for Louisville area venues as well. Not that I'm keeping up with it right now, because I'm without a car and have nothing to really review at the moment, but as soon as I get my car back from my hubby and get a bit more cash, I'll be back to reviewing Louisville stuff and having fun doing it! But I did review a lot of haunted houses on my other blog (locallylouisville.blogspot.com) and it was a blast. I got to meet some really awesome people, and I'll be doing it again next year. LOVE!!

November - The Twilight Saga: Breaking Dawn Part II. Omg, the end finally arrived, and I was both surprised and angry! And sad. Mostly sad. I don't want it to be over!! I need the next chapter to come out. you know, the one where the book version of Edward rips Bella's head off and burns her body then comes and whisks me off my feet...where's THAT part of the saga? It's not fair they left out my role! :( 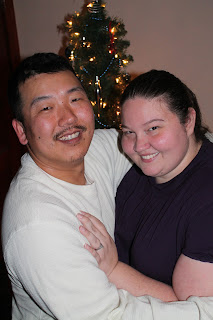 December - I celebrated 10 crazy years since my first date with my husband. Ten years. That's so long!!! And I haven't killed him yet! I deserve a medal and a trophy for that one! I love him so much, and honestly, I have no idea why he puts up with me, but I'm glad he does. I'm a lucky girl. (Yes, I realize the irony of this one following my obsession with Edward, but he's imaginary and my husband is real. It's like comparing a monopoly money to actual cash. Doesn't quite cut it.)